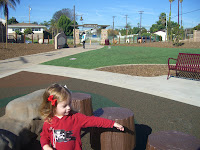 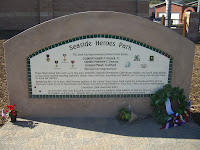 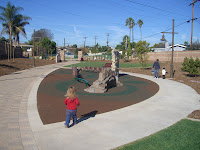 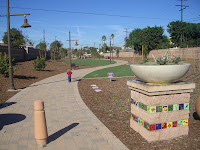 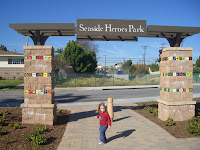 a wrinkle in time

This resolution business is a bit more difficult when the bambina does not nap for two days in a row. Should have done it on the weekend, yeah yeah.

I was interested in the news item that a Cornell psych prof emeritus might have found some slight evidence of ESP. Sadly, another article in the NY Times seems to explain that what is often considered statistically significant may actually not be. Which deflates the situation somewhat.

I consider myself a person of science. But I like to be open-minded about things when it seems possible. I don't think any of the really fancy ESP things that make for fun stories are very likely, or we would have seen more evidence of it by now. But I can't help wondering about little hard-to-quantify things, feelings that I have once in a while, a few stories I've heard from other people.

Okay. I can't help wondering if sometimes I'm feeling emotional echoes in my timestream of future incidents. It's never been much use, because it's not like an actual message or anything, just a feeling that "this is going to have been important later" or something like that. Once or twice I've tried to kind of feel ahead this way, trying to figure out "is this going to be bad/good" and see if I can get any sort of hint about it. I've also had a few instances where I get deja vu and was pretty sure I'd dreamed the moment previously. Never anything important; the example I was surest about was simply a moment rummaging in a co-op pantry with a friend in college, when I had not ever been to that co-op before.

Nothing I can really distinguish from normal pondering and worrying, if I really am strict with myself. And one would only notice situations that did turn out to be interesting later, after all. Mere pattern recognition going too far. Probably. Of course.

It's just kind of hard to prove a negative, innit? And more fun to think of unusual possibilities. Just in case...

This is not turning out to be a very good post. I apologize. The end of Monday approacheth and I need sleep. I'll get more of a running start for next week. ... I think?
Posted by inkgirl at 10:34 PM No comments:

in which a resolution is made

I've been blogging, off and on, and off, since October 23, 2000, which I am pretty sure is before the term "blogging" was commonplace, if it even existed. But consistency has always been a problem. It's acted more or less as my online diary, available to be read by anyone coming across it but most likely simply by family/friends. Which is fine. And that doesn't HAVE to change. But even just for me, I want to try to be more consistent about writing actual pieces. So I am 2011-resolving to do it.

The Goal: every Monday, to post a reasonably long (ie, not just a few lines) entry on some actual topic.

Aiming to post it Mondays will in theory give me time for my procrastinating self to write it the preceding weekends. We shall see how this works. This is going to have to count for today's/this week's, because I just now thought of it (provoked partly by my cousin's related resolution) and baby's naptime will be over soon. But by next week, yeah! Multiple paragraphs! Possibly thoughtfulness! Woo!
Posted by inkgirl at 3:00 PM No comments: